What Is Early Action vs Early Decision? Differences Between Admission Types 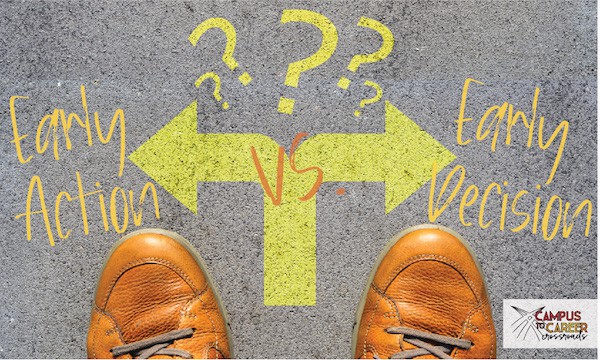 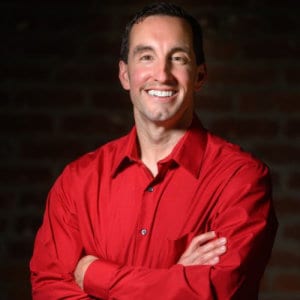 It is simple: I envisioned Campus to Career Crossroads helping students have successful outcomes, dreamed up by the students themselves. Our mission at Campus to Career Crossroads is to develop a supportive and individualized partnership with you and your family to help you navigate the complex stages from high school and throughout your career. Let's work together!


When you first heard about applying to colleges, you may have envisioned this process: You apply to various schools, they say “Yea” or “Nay” and you decide on the school that fits you best. As you might already know by now, it is a little more complicated than that notion! In fact, it can be downright mind-boggling to keep the admission processes between various schools straight. From Early Decision to Regular Decision and Rolling Decision, how do you keep it all straight?

What is Early Action?

In the case of Early Action (also called EA), you apply to colleges early and receive a decision in advance of the institution’s regular response date, according to the National Association of College Admission Counseling (NACAC). It is a non-binding decision, which means that you are not required to commit to the institution in the case of Early Action. You are also able to compare financial and merit aid awards from the colleges you are accepted at to ensure the best affordability option.

Early Action applications are usually due on or before November 1 of your senior year, and you will typically hear back around mid-December to early January.

What is Early Decision?

Early Decision (also called ED), is an application plan where you apply early and make a commitment to a first-choice institution. Early Decision is a binding application, which means that if you are admitted, you will enroll and withdraw your other applications. You are not able to compare financial and merit aid awards when applying in any Early Decision application plans so be sure you are comfortable with the full cost of attendance (tution, room, board, fees, living expenses).

Below, we will go into more detail about Early Decision I and II.

What is Early Decision I and II?

As you might imagine, the deadlines are different between these two admission types. The deadline for Early Decision I is usually November 1 of your senior year, which means you will usually receive an admissions decision by December 15. This usually occurs before the Early Decision II and Regular Decision deadlines. 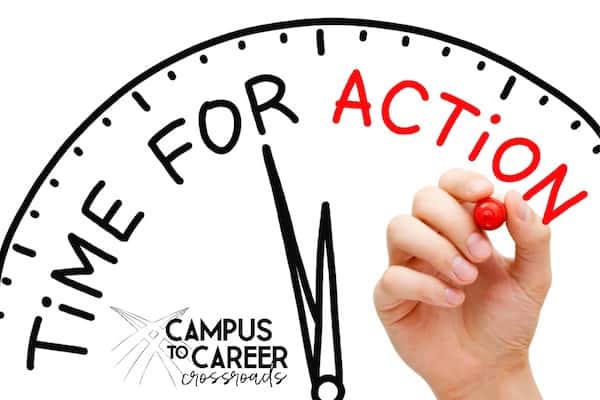 Let’s say Katie decides to apply Early Decision I. She applies to University X on November 1 of her senior year, then receives her admission acceptance letter on December 14. She celebrates because she is done! She will attend University X in the fall semester of the following year because she knows that she is required to attend that particular university.

Imagine that David decides to apply Early Decision II. He gathers his admission materials and applies to University Y by January 1 of his senior year. He receives his admission acceptance letter on February 14. He will attend University Y because he’s required to withdraw his applications at all other institutions. Like Katie, he is thrilled because he is done applying to colleges and can concentrate on the rest of his senior year.

What is Rolling Admission?

Colleges with rolling admission evaluate all applications as they receive them throughout the academic year. It can be advantageous to apply early to rolling admissions colleges such as the University of Pittsburgh. They have experienced two record setting application cycles and students who apply early (August 1 is the earliest date that upcoming seniors can apply) stand a more competitive advantage for acceptance.

You will typically hear about an admissions decision within four to six weeks or sooner. Rolling admission institutions are not binding like Early Decision programs. You will have until the school deadline to decide on which institution you would like to attend.

Jessica likes the idea of rolling admission because it allows her to be flexible with her applications. She can decide to add a last-minute school to her list, even late in her senior year.

Early Action vs. Early Decision: How Do They Compare?

The biggest difference between Early Action and Early Decision is their binding/nonbinding status. When you apply Early Action, you are not required to attend the school that you applied to, whereas with an Early Decision situation, you must attend that college or university.

In the case of Early Action, you have the ability to make a final decision by May 1. You can apply to as many Early Action schools as you would like, and you are under no obligation to commit to the college if you are accepted, even though you receive an early response to your application. In many ways it is the best of both worlds, as you apply early and get informed early of your admissions decision.

Some competitive schools offer single-choice early action, which they may call Restrictive Early Action (REA) such as Notre Dame, also called Single-Choice Early Action (SCEA) such as Yale University. In this case, you can only apply to that one school REA but can apply to other schools regular or rolling admission. Many REA plans allow you to apply to public universities that have an Early Action plan. It is always best to review the REA details at each college. 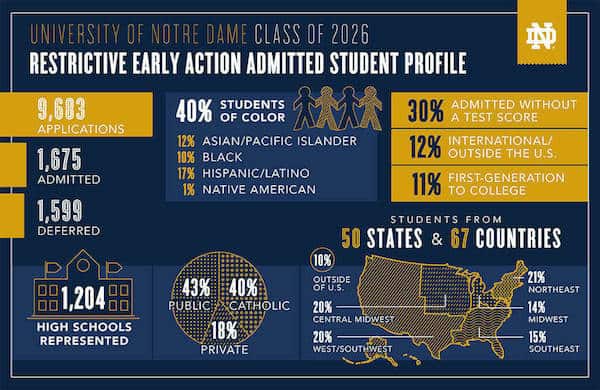 Here is an example of how REA might work: Let’s say Latasha signs an agreement with College C that she will file just one early application. However, within the terms of the agreement, she applies to two other colleges via rolling admission. She also decides to apply for a local university’s early application program as well as a college overseas. She can do this because her programs are non-binding.

The benefits of Early Action include the following: 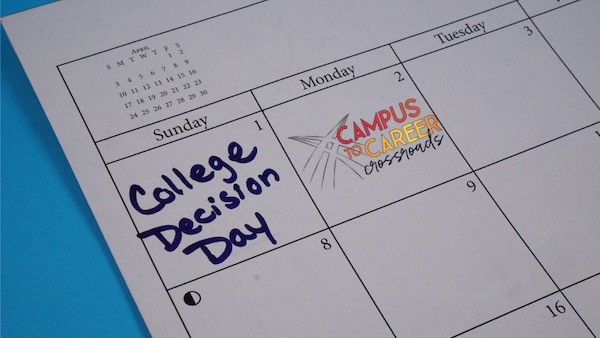 The downsides to Early Action may include:

Some of the pros of Early Decision include the following: 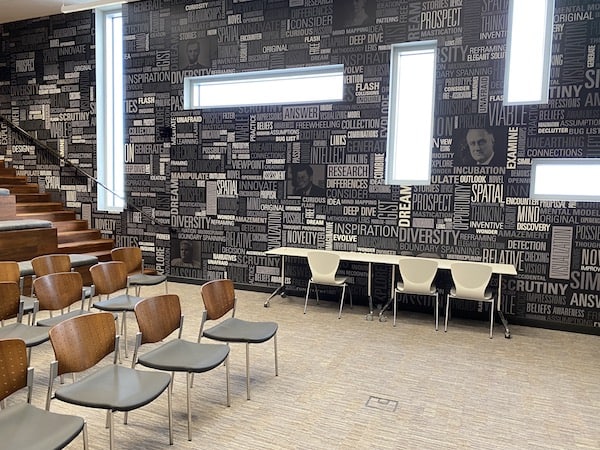 Recommended: 14 Tips to Know Before You Make a College Decision

For a second, let’s put the Early Action vs. Early Decision choice aside and determine why you might want to apply early in the first place.

Shows You Are Serious

If you want to declare your intentions of applying to a particular college early on, you can show you are serious when you apply early. For example, only 6,300 students applied Early Decision at Boston University out of a record setting application pool of 80.797.

Cuts Down on Admission Stress

Naturally, the biggest benefit to applying early is that you will already know where you are going to school! You will not have to stress for months about getting into the “best” college over the course of several months. You will know early on which school you are attending.

Many colleges require a completed application by an early deadline to qualify for merit aid (non-need based aid). This is very important, as merit aid is essentially an institutional scholarship based upon outstanding academic achievement and may be renewable for four years. Ohio State University automatically considers applicants for merit aid if their application is submitted and completed by November 1. 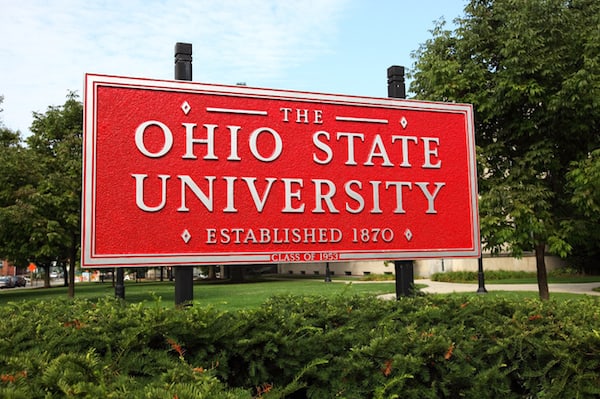 Why Students Should Consider Early Action vs Early Decision

It is important to consider your personal preferences before you choose between Early Action and Early Decision. Do you have your dream college on your list or do you want to have choices available to you? Do you want a large range of financial aid opportunities or are you and your family comfortable with one option?

There is a lot to consider before you land on one admission type over another. Consider your goals and what you really want — and definitely consider the fact that you might change your mind later!

What Students Should Know Before Applying Early Action or Early Decision

It is important to note that Early Action or Early Decision may increase your ability to get into a desired college. Many families and students might assume that they are a “better” method of guaranteed admission, but it is still a very competitive process as a majority of serious applicants are applying early. 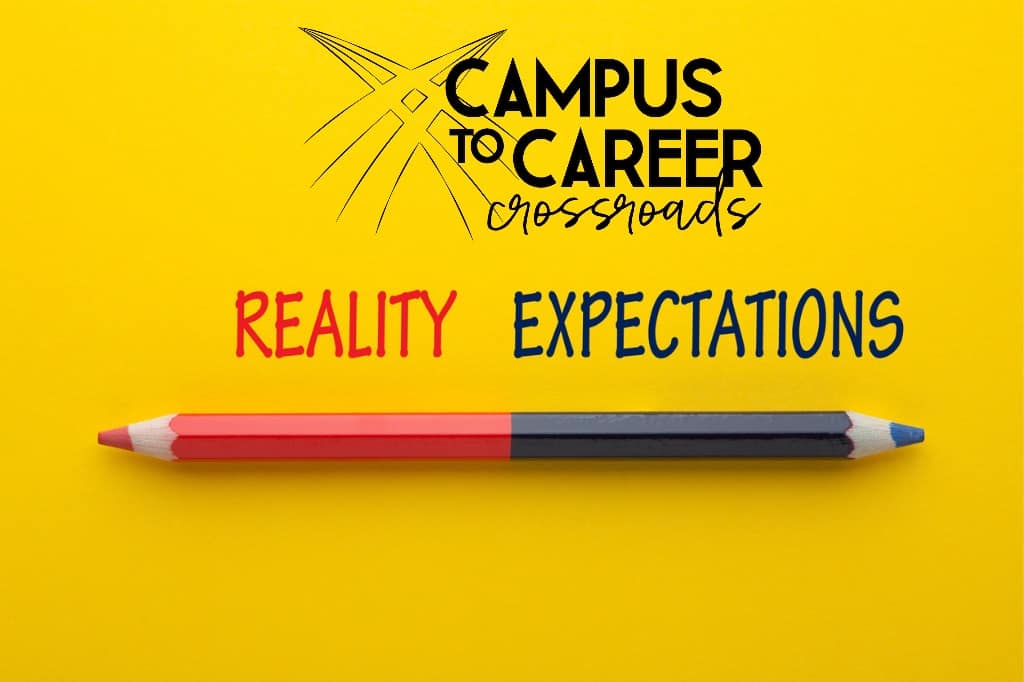 In addition to this, it is also important to realize that your financial aid award might not be the best it can be unless you have several schools in which to compare. For example, if you have two schools on your list and get into both of them, you can share one of the awards you have received with the schools to potentially get a better aid award from the other.

Deciding between Early Action and Early Decision is important, and at Campus to Career Crossroads, we can help you decide on the right application type for you. We will take your personal goals and preferences into consideration and help you make the right decision for your timeline, future career goals, and list of colleges.

Let us help you make this all-important decision and let us guide your college search! Contact Campus to Career Crossroads today to launch your future.

Do I have to apply Early Decision to have a successful college journey?

No. Some students do not feel comfortable with the binding decision route. Sometimes students never find that one dream college they want to attend or simply want all of their options open. There are amazing colleges throughout the country with Early Action and Rolling Admission application plans.

Do all colleges have Early Decision and Early Action application plans? 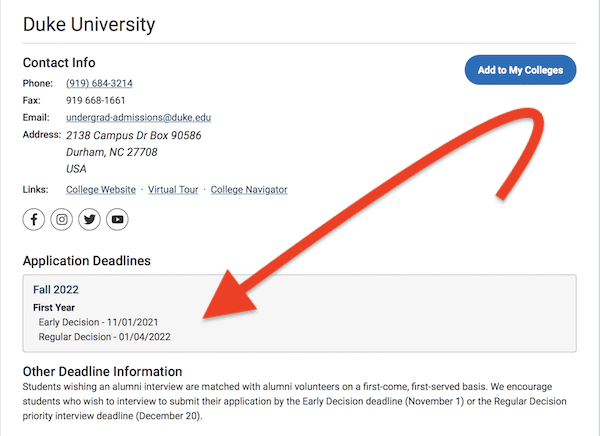 You can find this information on each college’s admissions webpage or the Common App’s member page. When in doubt, always call the admissions office to be 100% certain of their application plans and deadlines.

Is a deferral the same concept as being waitlisted?

No. Applicants are most commonly deferred from an Early Action or Early Decision application round. Deferrals generally happen when a college sees potential in your application but wants to review it with all applicants in the Regular Decision round. After all, colleges are looking to admit the best class that meets their institutional priorities (not always the most qualified academic applicants).

A waitlist notification is rendered at the end of the Regular Decision round. Unfortunately, colleges are waitlisting more qualified students than ever before with the record setting application volume. It is important to enroll at a college you have been accepted at before May 1 as there is no guarantee you may come off the waitlist.

Subscribe to our blog and get new posts delivered right to your inbox!

Success! Thanks so much!

As a high school student, we know you have a busy schedule. Your high school experience begins with adjusting to a new... 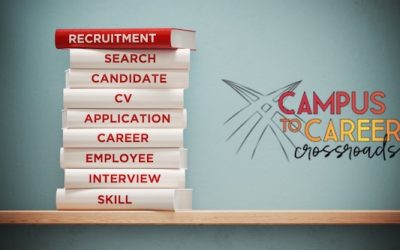 Job searching is no longer a do-it-yourself project — you cannot send out one résumé and expect to get hired. The job... 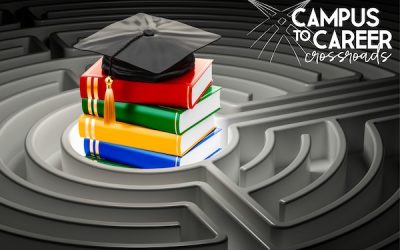 Does Your College Journey Feel Stressful?

Get the latest admissions trends for less stress and more admissions success!

Thank you! You have been successfully subscribed to our email list and your admissions insider tips are on the way!